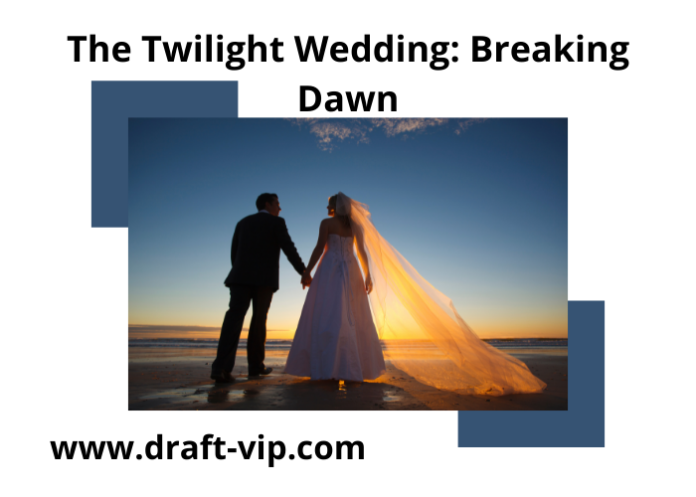 The Breaking Dawn DVD release is a big deal! We spoke to Tammy Polatsek (wedding designer), about the stunning Twilight Wedding scene. She’s the one behind the incredible design of Edward’s and Bella’s wedding.

Where did Polatsek find her inspiration for this scene? She said, “Since our wedding was in a forest we wanted to imitate the life that a rainforest can give you.” We took inspiration from the trees, stones, ferns and other plants that grow in forests.

The ceremony was intimate with the cascading Wisteria from the trees. It was hand-strung in 20 persons.

“The ceremony was my absolute favorite!” said Polatsek. “So dreamy, and well worth the hard work. It’s a dream to see the flowers falling from the trees as she walks.

The greatest challenge? Weather! It was Animepahe cold, so the flowers had to get replaced every hour at times.” And, just like Forks it rains “500 days a years,” stated Polatsek.

“We had the nightmare of a twilight wedding. Custom white stage, beautiful, all set to go and–boom,-rain!” said Polatsek. We covered everything and were going to shoot the next day. But when we returned, I thought I was going into a cardiac arrest. The animal made footprints on the stage, which was beautifully painted.

The goal of the reception was to have the centerpieces “grow from the tables.” We didn’t want rose/hydrangea combinations. Polatsek said that it was too arranged.

Polatsek created the dishes for the movie. You can also order your own set from this site.

It took nearly four weeks to create the entire Twilight Wedding scene. According to Polatsek, Bella and Edward’s wedding decor cost $300,000. However, you can have the same look and feel as the Cullen wedding.

Polatsek said, “Anything earthy will give that look.” Keep it simple with a green, brown, and white combination. You don’t have to make nature look complicated. There are no tall vases. Things don’t grow well in crystal-filled glass.