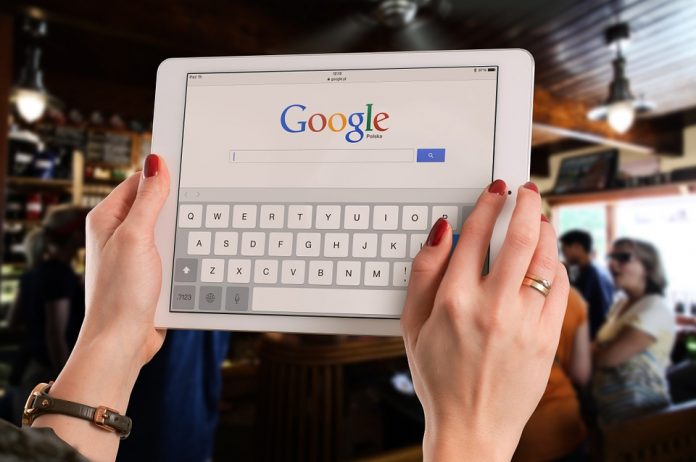 One by one the eggs were transferred from their test-tubes to the larger containers; deftly the peritoneal lining was slit, the morula dropped into place, the saline solution poured . . . and already the bottle had passed on through an opening in the wall, slowly on into the Social Predestination Room.” Aldous Huxley, ”Brave New World”

The artificial womb exists. In Tokyo, researchers have developed a technique called EUFI — extrauterine fetal incubation. They have taken goat fetuses, threaded catheters through the large vessels in the umbilical cord and supplied the fetuses with oxygenated blood while suspending them in incubators that contain artificial amniotic fluid heated to body temperature.

Yoshinori Kuwabara, chairman of the Department of Obstetrics and Gynecology at Juntendo University in Tokyo, has been working on artificial placentas for a decade. His interest grew out of his clinical experience with premature infants, and as he writes in a recent abstract, ”It goes without saying that the ideal situation for the immature fetus is growth within the normal environment of the maternal organism.”

Kuwabara and his associates have kept the goat fetuses in this environment for as long as three weeks. But the doctor’s team ran into problems with circulatory failure, along with many other technical difficulties. Pressed to speculate on the future, Kuwabara cautiously predicts that ”it should be possible to extend the length” and, ultimately, ”this can be applied to human beings.”

For a moment, as you contemplate those fetal goats, it may seem a short hop to the Central Hatchery of Aldous Huxley’s imagination. In fact, in recent decades, as medicine has focused on the beginning and end stages of pregnancy, the essential time inside the woman’s body has been reduced. We are, however, still a long way from connecting those two points, from creating a completely artificial gestation. But we are at a moment when the fetus, during its obligatory time in the womb, is no longer inaccessible, no longer locked away from medical interventions.

The future of human reproductive medicine lies along the speeding trajectories of several different technologies. There is neonatology, accomplishing its miracles at the too-abrupt end of gestation. There is fetal surgery, intervening dramatically during pregnancy to avert the anomalies that kill and cripple newborns. There is the technology of assisted reproduction, the in-vitro fertilization and gamete retrieval-and-transfer fireworks of the last 20 years. And then, inevitably, there is genetics. All these technologies are essentially new, and with them come ethical questions so potent that the very inventors of these miracles seem half-afraid of where we may be heading.

Between Womb and Air

Modern neonatology is a relatively short story: a few decades of phenomenal advances and doctors who resuscitate infants born 16 or 17 weeks early, babies weighing less than a pound. These very low-birthweight babies have a survival rate of about 10 percent. Experienced neonatologists are extremely hesitant about pushing the boundaries back any further; much research is aimed now at reducing the severe morbidity of these extreme preemies who do survive.

”Liquid preserves the lung structure and function,” says Thomas Shaffer, professor of physiology and pediatrics at the School of Medicine at Temple University. He has been working on liquid ventilation for almost 30 years. Back in the late 1960′s, he looked for a way to use liquid ventilation to prevent decompression sickness in deep-sea divers. His technology was featured in the book ”The Abyss,” and for the movie of that name, Hollywood built models of the devices Shaffer had envisioned. As a postdoctoral student in physiology, he began working with premature infants. Throughout gestation, the lungs are filled with the appropriately named fetal lung fluid. Perhaps, he thought, ventilating these babies with a liquid that held a lot of oxygen would offer a gentler, safer way to take these immature lungs over the threshold toward the necessary goal of breathing air. Barotrauma, which is damage done to the lungs by the forced air banging out of the ventilator, would thus be reduced or eliminated.

Today, in Shaffer’s somewhat labyrinthine laboratories in Philadelphia, you can come across a ventilator with pressure settings that seem astoundingly low; this machine is set at pressures that could never force air into stiff newborn lungs. And then there is the long bubbling cylinder where a special fluorocarbon liquid can be passed through oxygen, picking up and absorbing quantities of oxygen molecules. This machine fills the lungs with fluid that flows into the tiny passageways and air sacs of a premature human lung.

Shaffer remembers, not long ago, when many people thought the whole idea was crazy, when his was the only team working on filling human lungs with liquid. Now, liquid ventilation is cited by many neonatologists as the next large step in treating premature infants. In 1989, the first human studies were done, offering liquid ventilation to infants who were not thought to have any chance of survival through conventional therapy. The results were promising, and bigger trials are now under way. A pharmaceutical company has developed a fluorocarbon liquid that has the capacity to carry a great deal of dissolved oxygen and carbon dioxide — every 100 milliliters holds 50 milliliters of oxygen. By putting liquid into the lung, Shaffer and his colleagues argue, the lung sacs can be expanded at a much lower pressure.

”I wouldn’t want to push back the gestational age limit,” Shaffer says. ”I want to eliminate the damage.” He says he believes that this technology may become the standard. By the year 2000, these techniques may be available in large centers. Pressed to speculate about the more distant future, he imagines a premature baby in a liquid-dwelling and a liquid-breathing intermediate stage between womb and air: Immersed in fluid that would eliminate insensible water loss you would need a sophisticated temperature-control unit, a ventilator to take care of the respiratory exchange part, better thermal control and skin care.

The Fetus as Patient

The notion that you could perform surgery on a fetus was pioneered by Michael Harrison at the University of California in San Francisco. Guided by an improved ultrasound technology, it was he who reported, in 1981, that surgical intervention to relieve a urinary tract obstruction in a fetus was possible.

”I was frustrated taking care of newborns,” says N. Scott Adzick, who trained with Harrison and is surgeon in chief at the Children’s Hospital of Philadelphia.

When children are born with malformations, damage is often done to the organ systems before birth; obstructive valves in the urinary system cause fluid to back up and destroy the kidneys, or an opening in the diaphragm allows loops of intestine to move up into the chest and crowd out the lungs. ”It’s like a lot of things in medicine,” Adzick says, ”if you’d only gotten there earlier on, you could have prevented the damage. I felt it might make sense to treat certain life-threatening malformations before birth.”

Adzick and his team see themselves as having two patients, the mother and the fetus. They are fully aware that once the fetus has attained the status of a patient, all kinds of complex dilemmas result. Their job, says Lori Howell, coordinator of Children’s Hospital’s Center for Fetal Diagnosis and Treatment, is to help families make choices in difficult situations. Terminate a pregnancy, sometimes very late? Continue a pregnancy, knowing the fetus will almost certainly die? Continue a pregnancy, expecting a baby who will be born needing very major surgery? Or risk fixing the problem in utero and allow time for normal growth and development?

The first fetal surgery at Children’s Hospital took place seven months ago. Felicia Rodriguez, from West Palm Beach, Fla., was 22 weeks pregnant. Through ultrasound, her fetus had been diagnosed as having a congenital cystic adenomatoid malformation a mass growing in the chest, which would compress the fetal heart, backing up the circulation, killing the fetus and possibly putting the mother into congestive heart failure.